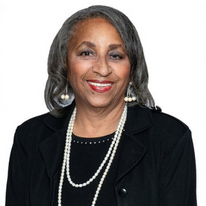 Dr. Sandra F. Mack is a retired High School District Administrator who moved to Las Vegas, Nevada from San Jose, California. She was in education for over thirty-five years and taught at all levels -Elementary, Secondary, Adult Education, Community College and University.
She has a Bachelor of Science Degree from the University of Washington in Seattle, Washington; a Master of Arts Degree in Administration and Higher Education from San Jose State University in California; and a Doctorate of Education Degree in Educational Management from the University of La Verne in La Verne, California.
Dr. Mack was very involved in community service in San Jose and received many honors, awards, certificated and plaques for her community service from community groups, the mayor and elected officials. She transferred her membership in many of those organizations to chapters in Las Vegas.

She served three four-year terms on the National Board of the National Coalition of 100 Black Women, Inc. (NCBW). She is one of three organizers of the Silicon Valley Chapter in San Jose and the organizer and Chartering President of Las Vegas Chapter, serving the Interest Group for two years (2002–2004) and elected president of the chapter for four years (2004-2008).

She is a charter member and past president of San Jose Chapter of The Links, Inc. She served three terms as president. She also served four years as The Links, Inc. Western Area Program Coordinator. She is an Alumnae member of the Las Vegas Chapter.
Dr. Mack served as president of the Las Vegas Urban League Guild (2008–2012 and 2014 – 2016).
She has been a member of the Fountain Of Hope AME Church since the first day of service, November 3, 2002. She is Secretary of the Trustee Board, Parliamentarian of the Woman’s Missionary Society, and Secretary of The Lay Organization.

She is a Life Member of the National Association for the Advancement of Colored People (NAACP) and National Council of Negro Women (NCNW). She is a member of many other organizations, community groups and local committees, too numerous to mention.
Dr. Mack is the wife of Daniel J. Mack, mother of two daughters and a son and grandmother of two granddaughters and a grandson. 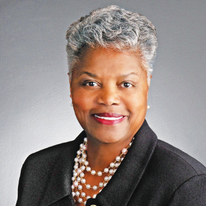 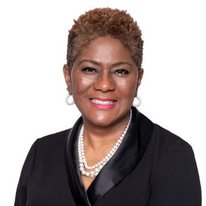 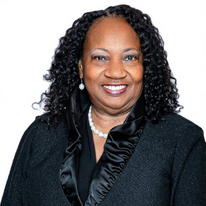