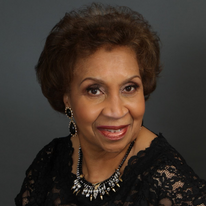 A skilled facilitator, problem  solver and team builder, Ms. Minnie Miller is known and revered for her tireless commitment to student achievement and leadership. She is a retired Middle School Principal, Fulton County Schools. Her education career has included  classroom teacher, assistant principal, principal and  following retirement has served as Interim Principal at the elementary, middle, and high school levels. Ms. Miller graduated from Savannah State University, Savannah, Georgia with a Bachelor of Science Degree in French. Following her junior year at Savannah State University, she studied abroad at the  University of Dijon, Dijon, France for three months. Her graduate studies continued, earning a master’s degree in Elementary Education and a Specialists Degree in Administration and Supervision from Georgia State University, Atlanta, Georgia.

Ms. Miller is an active member of the National Coalition of 100 Black Women, Inc., Metropolitan Atlanta Chapter. She is the immediate past president of Metropolitan Atlanta Chapter. She has served as the chapter’s First Vice President of Programs, Treasurer, and has chaired the Scholarship and Unsung Committees. On the national level, she has chaired the National Education Committee for the past five years and is the chair of the  National Leadership Development Committee. She has been a member of the Lead 100 Academy  Committee and is currently the Chair. Ms. Miller was the Co-Chair of the 2019 Biennial Steering Committee and Steering Committee Member for the 2021 Biennial Conference. She was elected to the Board of Directors at the 2019 Biennial Conference and was appointed to the position of First Vice President of Programs at the 2022 Leadership Conference. Ms. Miller will serve as the Honorary Co-Chair for the Biennial Conference 2023.

A leader in her community and church, Ms. Miller has served as vice-chair of Ben Hill United Methodist Church Christian Academy and a board member. She is the president of the Fortitude Educational and Cultural Development Center, Inc. Her involvement with Delta Sigma Theta Sorority, Inc., has included national committee member of the Ritual and Ceremonies and Georgia State Protocol Team. Locally, she has served as chair of the Fundraising Committee for the East Point/ College Park Alumnae Chapter and a member of Policies and Procedures Committee.

Ms. Miller has a rich history for promoting academic achievement and social development for diverse student populations. In 2010, she received Seaborn Lee Elementary School Living Legend Award for the invaluable leadership she provided to teachers and leaders. During her career, Ms. Miller  also received the Superintendent’s Award for Outstanding Performance and has been featured in Who’s Who in Black Atlanta. In 2015, the Media Center at Camp Creek Middle School was renamed in her honor. In 2016, she received the Torch Award for outstanding service and leadership from Atlanta Alumnae Chapter of Delta Sigma Theta Sorority, Inc. For the past three years, Atlanta Business League has listed Ms. Miller as Atlanta’s Top 100 Women of Influence. In April 2018, Ms. Miller received the Woman of the Year Award-Saluting the 100 Most Powerful and Influential Award from Women’s Work Organization. She received the Profiles of Prominence award , November 2019 from the National Women of Achievement, Incorporated.

Ms. Miller is married to Jim Miller, and they have three daughters, LaTonya, Jamille and Minikki. 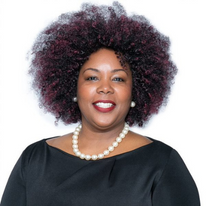 Sharon J. Stone, MHA, CDFM
National Financial Secretary
Sharon J. Stone is a highly respected public servant and a committed advocacy community leader.  She is mission driven and a proven leader. Sharon is a Certified Defense Financial Manager with the Department of Defense with over 40 years of civilian service.  She received the Meritorious Service Award Civilian Service […] 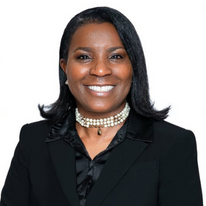 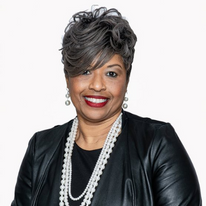 Quanda Baker, B.S, M.S.
National Second Vice President
Quanda Baker currently serves as Director of Administration at Clearview Counseling Services, Inc., in Richmond, Virginia. She has 25+ years of higher education professional experience. More specifically, she has 20 years of extensive and relevant experience in both public and private institutions as an advancement professional.  Her Advancement experience includes […] 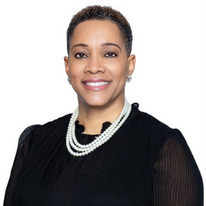